“But China rigidly refuses to clarify the basis of its claims, whether they are based on the accepted international law of the United Nations Convention on the Laws of the Sea (UNCLOS) or the less widely accepted historical assertions. Beijing’s refusals to choose suggest it wants to maximise its legal and political leverage, even as the growth of its military and maritime assets gains physical leverage over its weaker neighbours.”- Douglas Paul, Maritime Asia, 2012.

The South China Sea conflict is a multi-cornered conflict involving China and its ASEAN neighbours on the sovereignty of a large number of small islands and coral reefs that dot this strategically located Sea. Its geostrategic significance stands pointed out in my earlier Papers on the subject along with the main dimensions of the conflict.

Salient points of significance that stand out are as follows: (1) China’s claims on the disputed islands are based on historical assertions steeped in antiquity (2) Conflict stands generated by China which has bullied its smaller ASEAN neighbours to reinforce its dubious claims. (3) China has persistently refused to accept the UNCLOS guiding principles on the conflict.(4) China till date has refused multilateral dialogue with the ASEAN nations involved in territorial disputes generated by China.
Twenty years have passed since the ‘Declaration on Conduct of Parties in the South China Sea’ was signed including by China.

Contemporary strategic realities over-shadowing the South China Sea conflict suggest that no headway has been made in terms of peaceful conflict –resolution of the competing claims.

ASEAN’s incorporation of China in its various dialogue mechanisms had a major underlying aim of motivating China to be less intransigent on the South China Sea conflict, more amenable to conflict resolution through dialogue and attempting at conflict management and conflict pre-emption.

None of this has borne fruit as in actual fact China has now embarked on military brinkmanship to politically and militarily coerce major disputants of China’s claims like Vietnam, Philippines and to a lesser extent Malaysia.

Notably, in recent times China has adopted dictatorial postures as exemplified by China declaring the South China Sea as a “Core Interest” of China along with Occupied Tibet and Taiwan and that China was prepared to even go to war over the issue.

A fair number of International Conferences and International Workshops have been organised in South East Asian countries focused on exploring ways and means for ‘Regional Cooperation’ and Conflict Resolution’ attended by luminaries from all over the world. Reams of research papers bearing valuable suggestions towards this end stand produced and disseminated.

China as the main disputant and militarily over-bearing power in the South China Sea conflict would not have been oblivious to the recommendations arising from these ‘International Conferences’. In fact China would have scrutinised in detail and studied options available to it in terms of international opposition to its military brinkmanship and military adventurism on this conflict.
China however has not displayed any indicators in the direction of improving regional cooperation as a mechanism of muting the contours of its adversarial postures on the South China Sea conflict or any moves for conflict resolution by international bodies.

This explains the United States ambivalence on the South China Sea conflict. While many strong assertions have been made by the United States recently, including by the US Secretary of States, what can be overlooked is the US policy statement on the issue made by Secretary Clinton herself, namely: “I reiterated as I have on many occasions, the United States does not take a position on competing territorial claims. Our interest is on the maintainenance of peace and stability, respect for international law, freedom of navigation and respect for international law and uninterrupted lawful commerce”.

The latter may be cautionary notices to China but the first part that “the United States does not take a position on competing territorial claims” encourages China to ignore any initiatives for any regional cooperation or conflict-resolution.

Strategically the next question that arises is if the United States does not take a position on competing territorial claims, what would be the United States response and actions in the contingency of China undertaking a limited offensive against Vietnam or Philippines in the South China Sea region?

Strategically, China would work towards full control of the entire South China Sea region so that its nuclear attack submarines have an unimpeded access to the Pacific Ocean instead of being bottled by South China Sea islands in the hands of ASEAN nations in strategic partnerships or military alliance with the United States.

Strategically, if China gains full control of the South China Sea by displacing the ASEAN nations from the islands held by them, then China would have an effective barrier to push out its ‘Anti-Access Denial” shield against any US military intervention that much further into the Pacific.

Overall, it can be asserted that China will never be amenable for any ‘conflict-resolution’ initiatives in the South China Sea conflict as perpetuation of this conflict is an over-riding strategic imperative for China. Dual purposes are achieved namely, the United States is kept strategically pre-occupied and diverted from its re-balancing of US Forces in the Asia Pacific. Secondly, it assists China in denting US image in the ASEAN region as after every strong assertions and warnings on the South China Sea, the follow-up is a flurry of visits to Beijing by top US officials to calm Beijing down. In the process the United States credibility as a reliable partner against China’s military adventurism in the South China Sea is eroded. It smacks of China Appeasement by the United States.

China is encouraged to be less amenable for conflict-resolution and regional cooperation in relation to the South China Sea conflict, additionally by the following factors: (1) China’s political and military arrogance flowing from its highly enhanced military profile as a revisionist power (2) China’s asymmetric military preponderance over its neighbours to the dispute (3) Hedging policies of ASEAN disputants in relation to China (4) Lack of a united ASEAN against China’s domineering postures on the conflict (5) United States own China-hedging policy attitudes in relation to China.

The onus is on the United States as it is the nation whose national security interests and strategic postures in the Asia Pacific are being challenged and are most vitally affected by Chinese military brinkmanship and adventurism in the South China Sea conflict.

China will have to take the call on the above, but then it is the United States that has to make the call unambiguously on the conflict.

Note: Dr Subhash Kapila is a graduate of the Royal British Army Staff College, with a Masters in Defence Science (Madras University) and a PhD in Strategic Studies (Allahabad University) Combines a rich experience of Army (Brigadier) and diplomatic assignments in major countries. He writes extensively on foreign policy issues and strategic affairs for think-tanks and professional journals. He has participated in many national seminars and interviews by CNN, BBC etc. He is also the author of a book "India's Defence Policies and Strategic Thought: A Comparative Analysis". 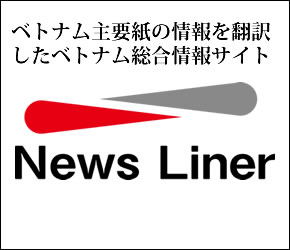